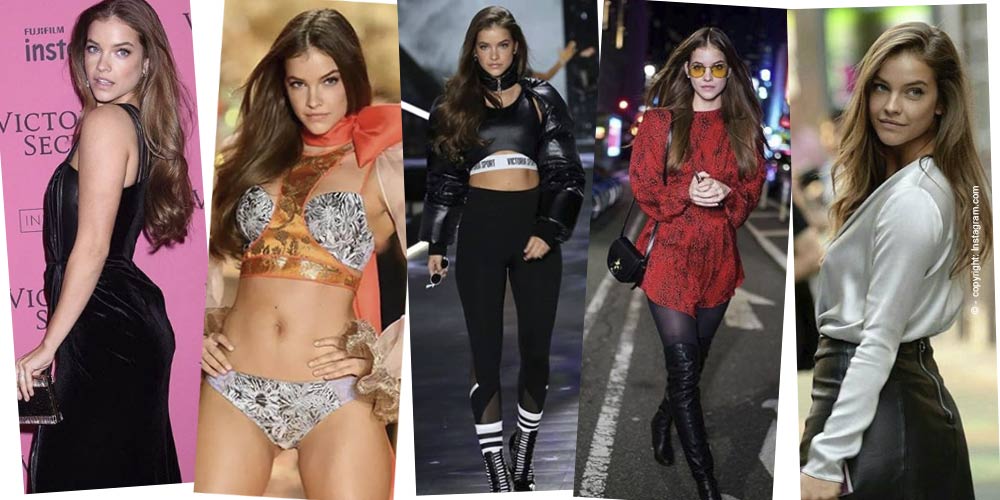 Barbara Palvin was born on 8 October 1993. Together with her sister Anita Palvin she was raised in Budapest. She was discovered on the street in 2006 at the age of just 13. Even then she had this doll-like, perfect appearance. She still had very childlike traits and was therefore unable to work internationally, but that will change in the near future.

In 2010 the great modeling career began at the age of 16. The Hungarian made her debut for Prada. She was then booked for Miu Miu, Pedro Lourenco, Nina Ricci, Giles, Loewe and Louis Vuitton at Fashion Week. With her trademark, the hypnotic gaze, she adorns numerous covers. And then it was only a matter of time until the lingerie label Victoria’s Secret Barbara booked for their fashion show. She’s been running on the famous catwalk for six years. Barbara Palvin is currently represented by the renowned modeling agency IMG-Models. At the moment the young model is in a relationship with the actor Dylan Sprous. The two announced their love on Instagram a few months ago and since then they have been the sweetest couple in high society. The two are whispering on catwalks, everywhere their smooches are posted on Instagram and Dylan even brings her fast food to Victoria’s Secret Show, after his girlfriend had to starve and give up for months for the show. Well, if it isn’t a proof of love!

A day with Barba Palvin

Hailey Baldwin: The wife of the most popular teeny swarm Justin Bieber
Scroll to top