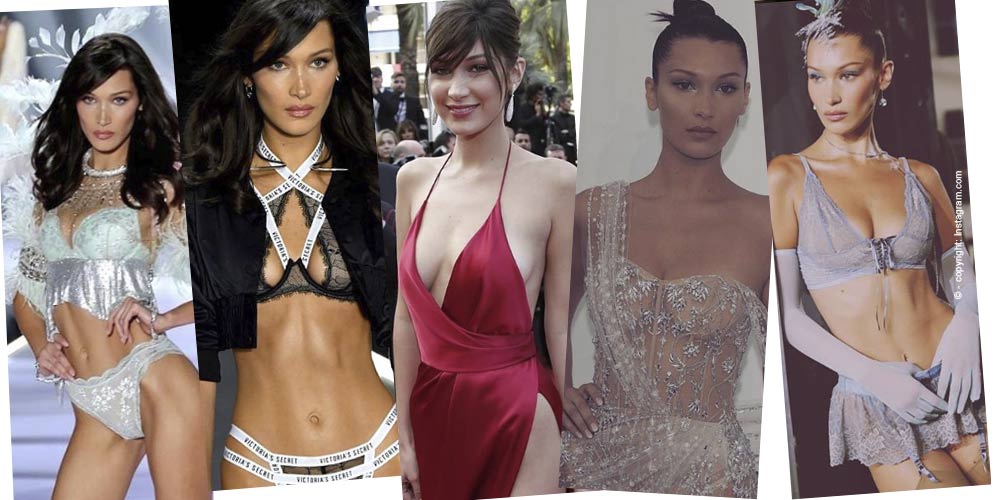 Isabella Khair so Bella’s real name was born on October 9, 1996 in Los Angeles and raised there with her older sister Gigi and her younger brother Anwar. The Hadids have always known the lives of the rich and beautiful. Yolanda, the mother of the three, also worked as a model and her father earned millions with real estate.

Bella belongs to the It girls of today. Beside the Jenner sisters, her own sister, Cara Delevigne and many others she belongs to the hottest and most successful models. For her modeling was never the big goal, rather the big riding career. However, this ended when she, her mother and her younger brother Lyme disease were diagnosed. The disease is transmitted by a tick bite. The incurable disease manifests itself in severe exhaustion, neck, head and joint pain, sometimes high fever and in severe cases even paralysis.  At first it was not possible to think of the riding career, but the big model career. She signed a contract with IMG-Models in 2016 and has been running for the big labels ever since. And also when it comes to love, the pretty brunette is doing pretty well. Since 2015 she has had a rapid ON-OFF relationship with singer The Weeknd. But at the moment the two are happily allied again.

Truth or dare with Bella Hadid

Bella and the Weeknd marriage

Bella an the Weeknd’s lovestory

Barbara Palvin: The girlfriend of a Disney-Star
Scroll to top