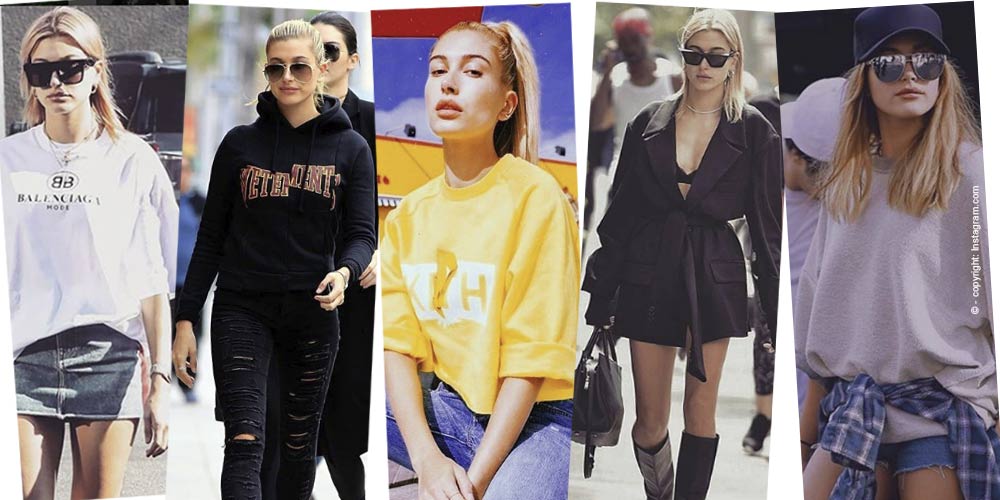 Hailey Rhode Baldwin is known as the daughter of Stephen Baldwin or as the niece of Alec Baldwin. She is 21 years old and was raised in Arizona with her older sister Alaia Baldwin.
When her ballet career failed due to a serious foot injury, she signed contacts at the age of 18 with Ford Models and Storm Models, two very renowned model agencies. Looking back, this decision was extremely advantageous for her career, because today Hailey is one of the most sought-after models in the industry. Hailey made a great career leap with her husband Justin Bieber. The two have been married since autumn 2018. Ever since she started to work with the singer, she’s been hard to imagine without the covers of well-known fashion magazines. She advertises in campaigns for big labels and strolls through the catwalks of fashion metropolises. But all this wouldn’t have happened without the huge attention she draws to herself about the relationship. Despite her extremely religious upbringing, Hailey leads a party life that is only to be envied. At the side of Kendall Jenner, Kylie Jenner Gigi Hadid and many other famous models she spends the nights in the middle of New York’s party life.

Barbara Palvin: The girlfriend of a Disney-Star