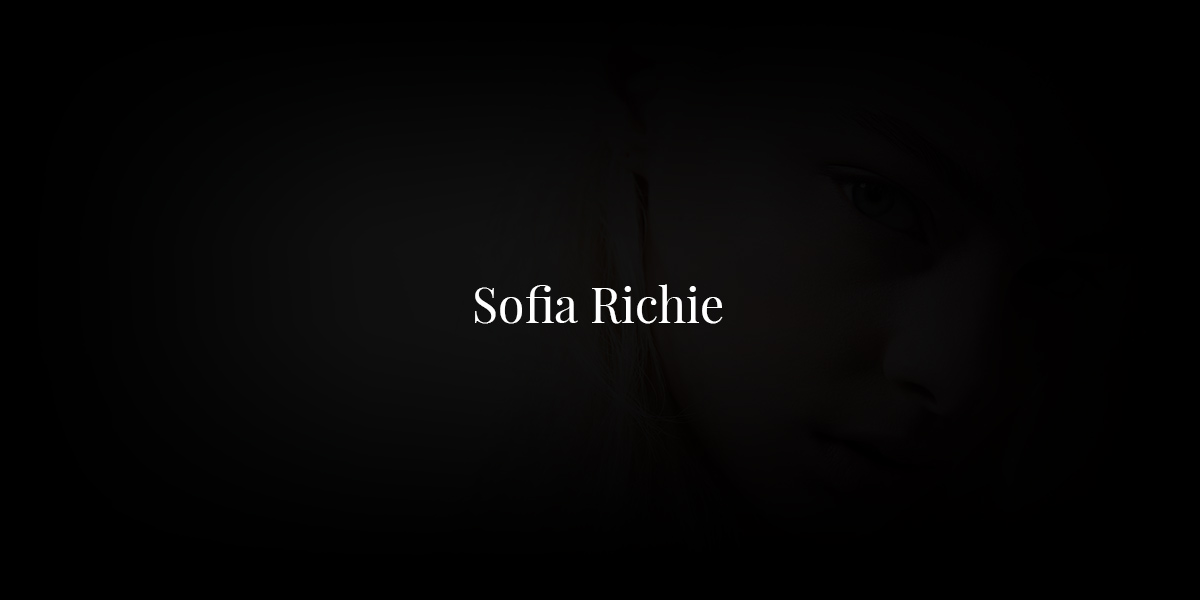 Sofia Richie is an American fashion model. She is the youngest daughter of the singer and songwriter Lionel Richie. The 19 years old girl was born on the 24 August in 1998 in Los Angeles, California. Even if her height is only 1,68meters/5 ft 6 she is the face of campaigns from famous brands like Tommy Hilfiger, Chanel and Michael Kors. Her modeling career began when she was 14 with a feature in Teen Vogue, when she was 15 she modeled for a swimwear company. Now she is supported by the agency Select Model Management in London and only works for successful labels and magazines. The labels Adidas and Dolce& Gabanna had already worked with her too. Next to her model career, she likes to sing and she has already written some songs by herself. Did you know that her godfather was Michael Jackson and his daughter Paris Jackson is a good friend of her? Sofia Richie was in a relationship with the Justin Bieber but they broke up. Kylie Jenner is a good friend of Sofia too.

Videos of Sofia Richie: Modeling and the relationship with Justin Bieber

Inside facts about Sofia Richie

Sofia Richie in an interview

Sofia Richie talks about her relationship with Justin Bieber