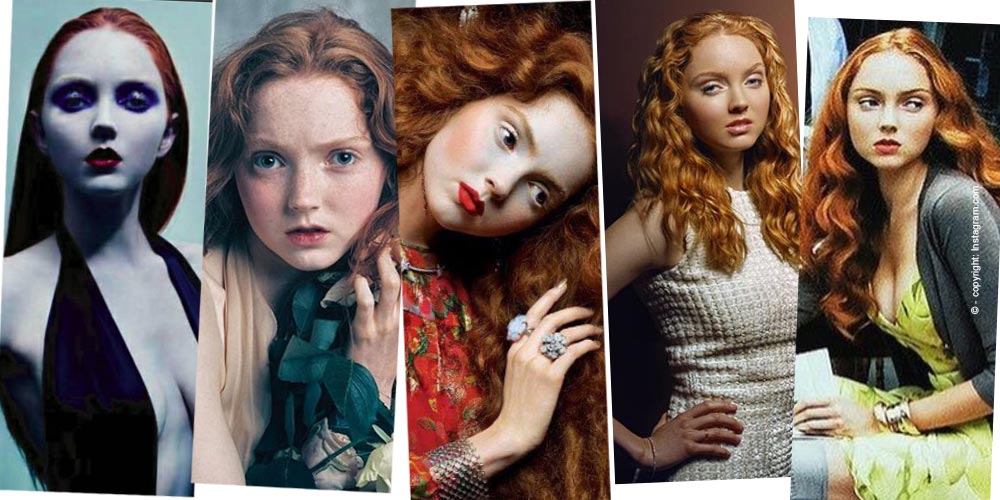 Lily is different to the other girls in this article. She stands out for her extraordinary appearance. “like a red-haired alien,” her appearance looks with huge feet and eyes wide apart. This is how critics, who prefer models of average beauty, see the model. But fans and supporters of the Brit see it differently, including Karl Lagerfeld. He’s also getting Lily a job at Chanel.

For a long time not only averagely beautiful girls have been trendy, like the mentioned models, even girls who do not correspond to the ideal of beauty can score points in the fashion industry, like Lily. Girls with freckles, different eye colours and eyes that are wide apart are in great demand, even if you bring something new and extraordinary with you. Lily ist not just one of those Victoria’s Secret models.

At the age of 14 Lily was discovered in London by a scout and her career could start. But that’s not enough for her, at the age of 21 she starts her second career as an actress. Here, too, she is extremely successful and has appeared in films such as Snow White and the Huntsman and Star Wars: The Last Jedi.

Don’t Fuck With My Future Kampaign

Lily Cole behind the scenes

Lily Cole – what is perfection?

The New Supermodels – How their career became so successful

The Model Book – Become a model: Now available in USA, UK and worldwi...
Scroll to top