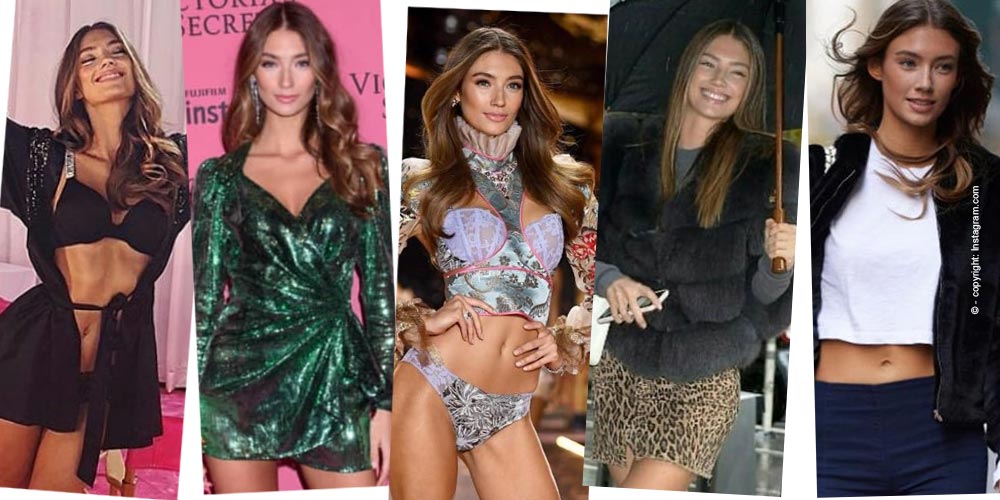 Lorena Rae is a 23 year old model from Diepholz near Bremen in Germany. She moved to New York at the beginning of 2017 to gain a foot hold as an international model, and with great success. This year she floats with the other angels over the world-famous catwalk. Lorena has gone a hard way until she makes it into the selection. She documents the hard trip for her fans on Intagram. Hard workout and discipline, even though Lorena is a total sportswimp. But in the end the hard work paid off and Lorena is now one of the hottest models worldwide. This makes her the fourth German model after Claudia Schiffer, Heidi Klum and Toni Garrn to walk the famous catwalk. This year Lorena will meet Toni. But is it possible that there will be conflicts between the two blondes, since Toni Garrn is Leo’s ex and Lorena also had a flirt with him in 2017? But that’s not the only Ex she’s confronted with in the show.

Most people know Lorena probably under the artist name Lorena Rae but her real last name is Rape like the English word “rape”, probably one of the reasons to assume an artist name as an international model. Lorena comes from Germany. That’s why her last name ist just unusual for english speakers. With the dream measures of 86/66/92, it is not unusual for several agencies to take care of the young model’s career. Lorena is under contract with Nextmanagement, Promod Model Agency and Unique Models.

The Model Book – Become a model: Now available in USA, UK and worldwi...

Jourdan Dunn: Extremely successful despite child with 19
Scroll to top