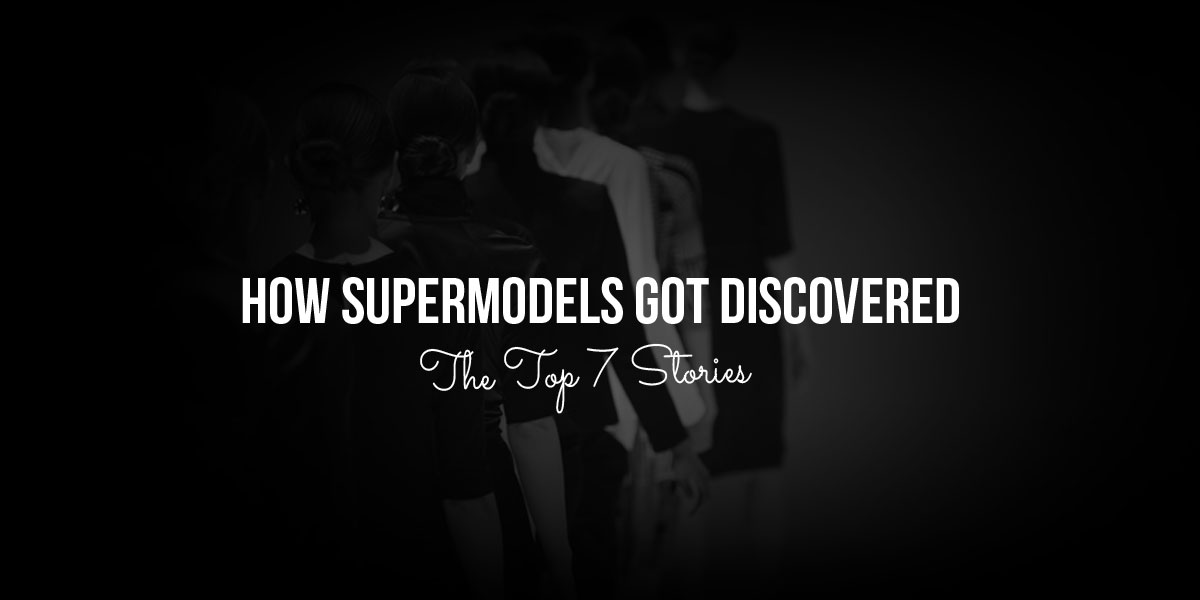 Sometimes it is very surprising how the most famous supermodels were discovered. The first way you think about is, applying in a model agency. But if supermodels tell you how they started their career, you will not believe in which situations you can be discovered: from eating in a fast food restaurant to shopping at Primark. If you want to get discovered, check our listed model agencies and our tips and tricks on how to become a model.

Naomi Campell is one of the most famous Supermodels of all the time, can you believe she was discovered while shopping in a Covent Garde? Yes, thats exactly when here carrere started and made her appearing on the cover of Elle in Britain with only 16 years old. A unbelievable story and career. Sometimes it happens, when you do not even think about it. If you want to know more about Naomi Campell, click here.

Alek Wek is now 40 years old and can definitely be proud of her career. In 1997 she was the first African model who appeared on the cover of Elle Magzine. Born in Sudan, she was discovered a few years later at an outdoor market, after she moved to London with 14. Her model career then took off, when she appeared in Tina Turners Music Video “Goldeneye”. You want to know more about Alek Wek? Check her out!

Kate Moss is one of the leaders of the heroin chic fashion trend and still a famous model, right now: she is the face of fashion brand “Reserved”. She probably never thought about such an amazing career when she was on her way home from a family vacation with only 14. More insiders about Kate? Check her out!

Lily Cole is a British model who also gained fame with the role as “Terry Gilliams” in “Das Kabinett des Dr. Paranassus”. All this started in a Fast-Food Restaurant when she was 14 and out with friends, when a Scout saw her he saw her potential and after that, she signed to Storm Management, who also signed Kate Moss before. More about Lily Cole.

The 27-year-old supermodel is famous for rocking catwalks of famous designers, from Marc Jacobs to Valentino, Jourdan did it all. When she went shopping with a friend In 2006, she probably never thought a Scout from Storm Management will catch an eye on her. Get to know Jourdan Dunn here.

The runway 37-year-old model and Ex-Victoria’s Secret Angel was discovered in probably the most unlikely place for a Supermodel: A scout saw the 14-year-old Gisele at a Sao Paulo McDonald’s while eating a Big Mac. Nowadays she is one of the 16th richest women in the entertainment industry. More about Gisele Bundchen.

The 1,78 tall model Coco Rocha was discovered while attending an Irish dance competition, with only 14 years old. Scout and Model Agent Charles Stuart daughter was also dancing in the competition and noticed Coco. Nowadays she is known as the “Queen of Posing,” And walked for countless designers all over the world. Everything about Coco Rocha, here.

Rotterdam: The 2 Best Agencies for Men And Women
Scroll to top