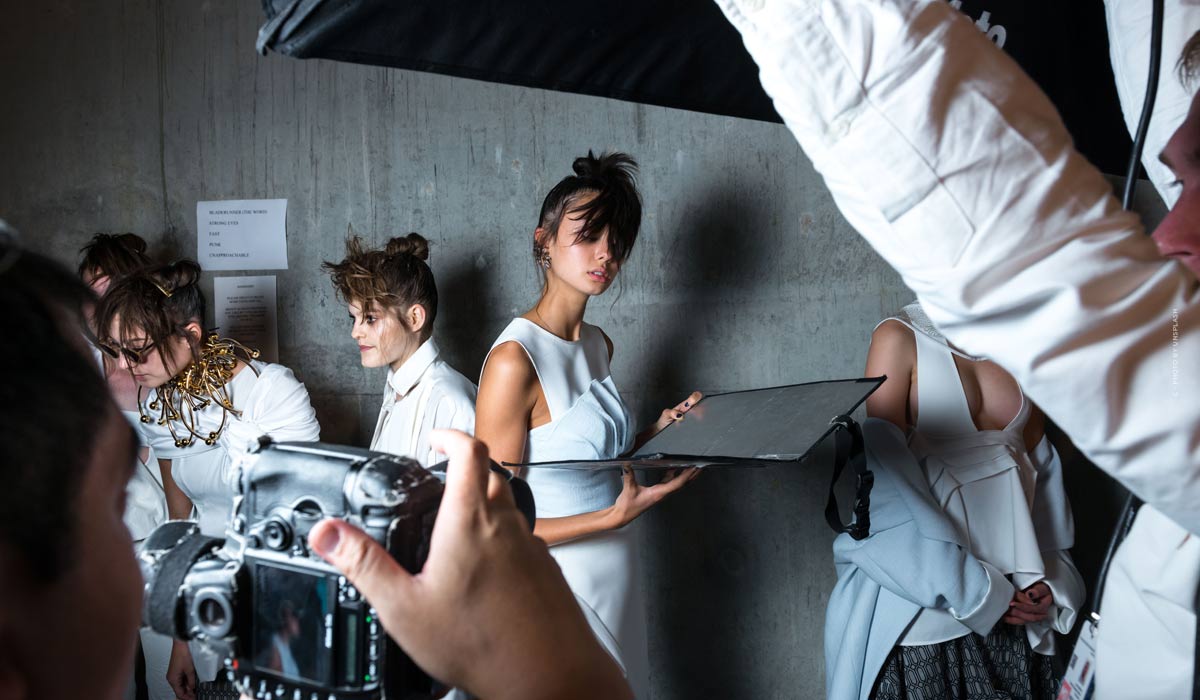 Top Videos of Versace – the luxury brand has revolutionized the fashion industry with its ‘neo-baroque’. As one of the oldest fashion labels, it is still regularly celebrated even after the death of its founder Gianni Versace. The headlines after the fashion shows tumble over. The who-is-who of Hollywood is regularly featured in the brand’s latest creations, and even many a song has been written about the brand. Check out the best runways, commercials and exclusive insights behind the scenes of the brand.

The luxury brand Versace was founded in 1978 by the Italian Gianni Versace. The first fashion show followed in the same year. The decisive factor here was the support of the German textile trader Albert Eickhoff, who had already discovered the talent of the then still unknown Versace before. So the fashion show did not take place in Milan, but in the German city of Lippstadt. While the first collection was characterized by romantic and delicate pastel shades, the second one met with mixed reactions due to its daring designs. Thus the men’s collection was described as vulgar as well as innovative and revolutionary. This gave Gianni Versace the title of ‘Master of Neo-Baroque’ to which he remained faithful until his death in 1997.

The extravagant Couture Versaces on the catwalk and in the film

Paris. Milan. New York. Tokyo. Every year, the Versaces fashion shows are awaited with great anticipation. While at the time Gianni Versaces models like Cindy Crawford, Claudia Schiffer and Naomi Campbell were on the catwalk, the next generation of Versace muses is now strutting along the runway. Always at the forefront: Kendall Jenner, the Hadid sisters and Kaia Gerber.

Progressive fashion as a statement

For the first time in Versaces history, the men’s and women’s collections were presented on the same catwalk. Of course, Versace’s favorite models Kendall Jenner and Bella Hadid were again part of the show. They presented the avant-garde collection for summer 2020 on a minimalist catwalk.

The Fashion Show 2018 commemorated the late founder of the company Gianni Versace. His sister Donatella brought typical Versace designs back to life. The emotional end of the show was finally rounded off by the former muses of Gianni Versace: Claudia Schiffer, Naomi Campbell, Carla Bruni and Cindy Crawford. Watch the entire fashion show here.

With the luxury brand’s campaigns, you never know what to expect. The storylines of the clips are always creative with many plot twists. The camera work and the sets are also always cleverly thought out. See here the one-minute clip for the ladies’ summer collection.

Behind the Scenes of the Fashion Brand

Backstage. On set. Or in the studio. Hundreds of individuals are always involved in the implementation of Donatella Versaces’ creative ideas. They take care of the models, the well-being of the crew and the clothes. In these videos you get an exclusive insight into the preparations of a fashion show. The work on the set and in the studio is also presented here by the Italian luxury label in person.

Castings. Fittings. Last minute changes and catwalk samples. A Fashion Show Versaces needs a lot of preparation. In this video, R’n’B singer Jennifer Lopez, who rounded out the fashion show with a re-creation of her legendary jungle dress, and model Gigi Hadid take you behind the scenes of a legendary fashion show Versaces.

The campaign for the men’s collection 2016 was shot at the Salt Flats in California. Again Donatella Versace worked as artistic director, this time together with photographer Steven Klein. In addition to model Benjamin Benedek, Lukasz Grabowski and Nathaniel Visser are also on display. Check out what happened backstage on the set.

Exclusive insight into the studio Versace

Atelier Versace is the place where the breathtaking designs and extravagant couture of the brand come to life. Take a look inside the studio and see how many of the dresses in the Women’s Autumn 2016 collection were created.

When Gianni Versace published his first collection he met with mixed reactions. His fashion was described by critics as vulgar and obscene, yet praised for its innovation and progressiveness. His imaginative and partly futuristic designs eventually led to the Italian not only establishing himself in the world of high fashion, but also as a costume designer.

Interview with the charming fashion designer

What inspired the founder of the luxury label Versace? What role does the music industry play in this? And what does he think about the fashion industry in general? Shortly before his death, the gifted fashion designer sat down for an exclusive interview with Charlie Rose. Watch the entire interview here.

The unexpected death of Gianni Versace

Twenty years after the cold-blooded murder of founder and designer Gianni Versace, new details are coming to light. Who was the murderer of Gianni? What happened on the night of the crime and what was the motive? This report almost summarizes the most important facts about the end of Gianni Versace’s life.

The successor to Gianni: Donatella Versace

After his murder Gianni Verace’s sister Donatella followed in his footsteps. She’s been the creative director of the brand ever since. But who is Donatella Versace anyway? What was the relationship with her brother like and how does she see the future of the brand? You can find out all this and more here.

The started fashion designer about her designs & inspirations

Who are the Must Haves Donatella Versaces? Which mould rules do you think are unnecessary? What about their sewing skills? And what inspires them the most? She answers these questions in the popular Vogue format ’73 Questions with…’.

In an exclusive interview with fashion icon Anna Wintour herself, the Italian fashion designer talks about politics and the life of her late brother Gianni Versace. They also talk about the famous dress JLos, which revolutionized the Google search engine in 2000.